I’m surprised this is the story: that some portion of the 21 independent candidates running for council received endorsement from the New Westminster District Labour Council, like they have in every City in the Lower Mainland for decades. I’m surprised that for some reason this requires three stories and an Editorial in the same edition of a newspaper, all with rather sideways assertions of something untoward, from being unfair to undermining democracy, complete with a nefarious-sounding expression: “the Machine”. Everyone should, apparently, fear “the Machine”.

For a subject that is allegedly “front and centre in the community”, it has hardly been raised at the 1,500+ doors I have knocked on since August. Instead, people want to talk about the Pattullo Bridge and truck traffic; condo development, high rises, and attracting businesses to New Westminster; taxes, spending, and wages; community amenities like Canada Games Pool; and when we will see that high school. You know, actual issues facing our community.

However, as a candidate, it isn’t enough to say “that doesn’t matter”. It is my job to share my view of the issue with you. This is going to take two blog posts, because there is so much wrong in what is being inferred around the NWDLC endorsement. I am first going to talk about my campaign.

Disclosure: Is my campaign backed by a “Machine”? Absolutely! Let me describe this Machine to you:

I have an amazing Campaign Manager (not a member of a labour union, not a member of any political party), who understands how to get my name out, has a keen sense for the mood of the City, knows a lot of people in the City, and has earned (through decades of community service) the respect of the community. She has provided unbelievably good guidance, advice, and planning, and has been quick to call me out when I might be headed in the wrong direction. She is brilliant, dedicated, and effective – a serious “Machine”. 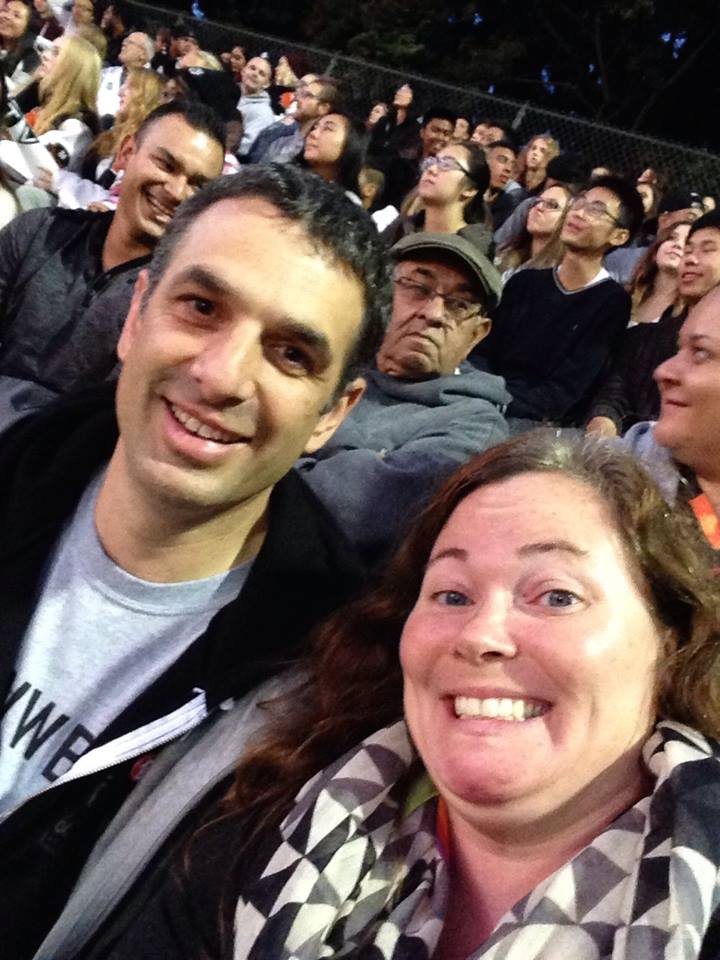 I have a great Graphic Designer who has taken my pencil sketches and vague ideas and created a clean, crisp, effective look for my signs, ads, webpage and pamphlets. A stay-at-home-dad and freelancer, he is not a member of a labour union, is not a member of any political party, is volunteering at strange hours to meet various deadlines, and has an amazing eye for design. The guy is a total Machine. 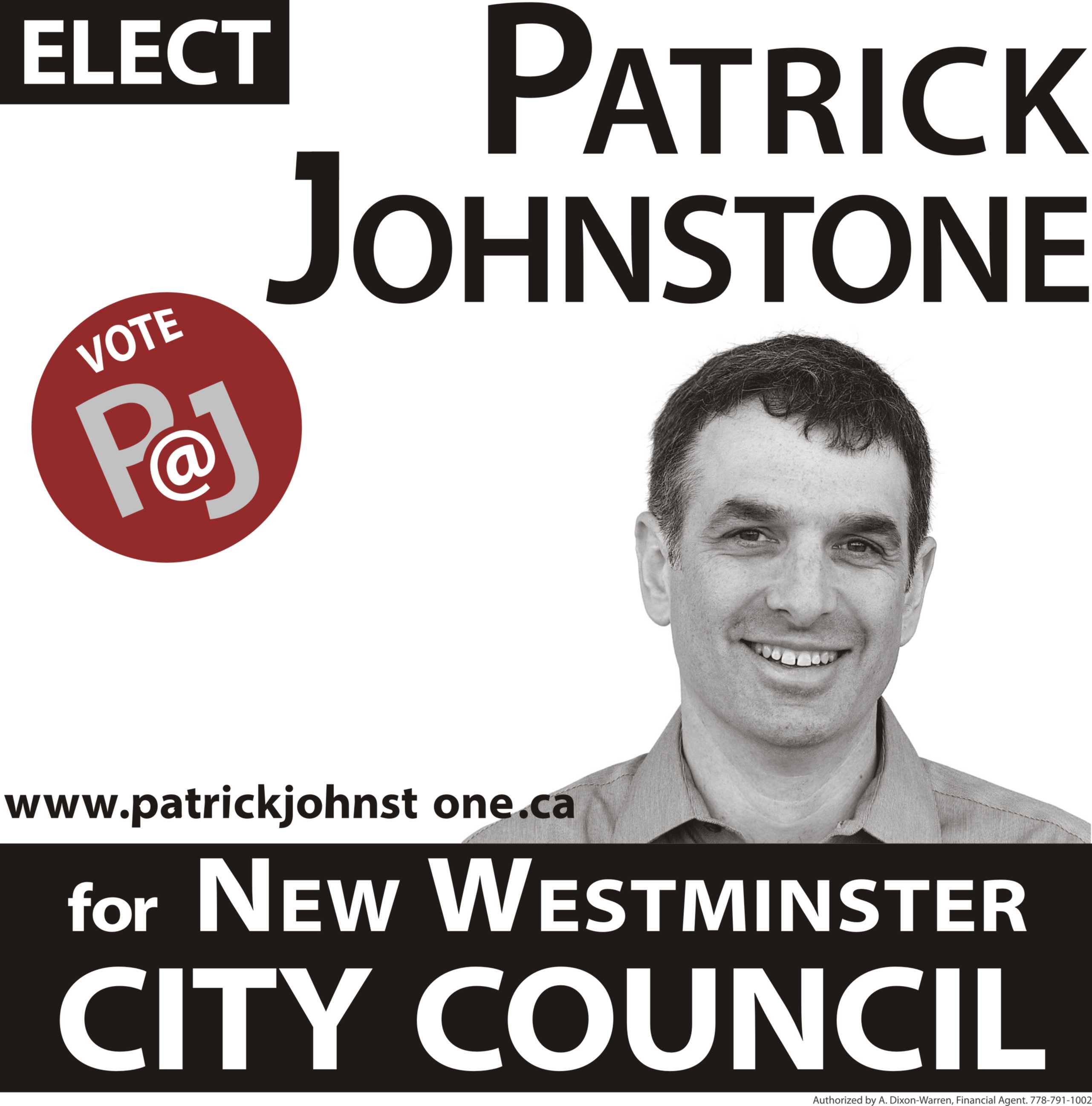 I have a sign coordination volunteer (a Machine with a portable drill!), an ad coordinator to keep up with sometimes-frustrating newspaper standards and guidelines (another organizational Machine), a data-management person who is helping with the management of my door knocking (a real database and census Machine). All of them volunteers, one of them is a member of a labour union (I think – I actually never thought to ask), and I have no idea if any of them are members of political parties. Same goes for the guy who took my photos and edited my video, and the great people who volunteered to take part in the video. Add to that the amazingly cool couple who made me neat little buttons as conversation starters, and people who have called me up and asked for signs on their yard.

I have been door knocking since August, and every two-hour shift I have done includes a volunteer. I have had more than a dozen volunteers stand up and volunteer to go hit doorsteps with me, every single one of them a person I respect and want to have standing beside me at the doorstep, and every one of them has wanted to stand beside me on the doorstep and tell their neighbours that they support me. I set up a Doodle poll, sent out a call for volunteers, and I’m amazed how quickly people step up to fill the roles. Machines, all. 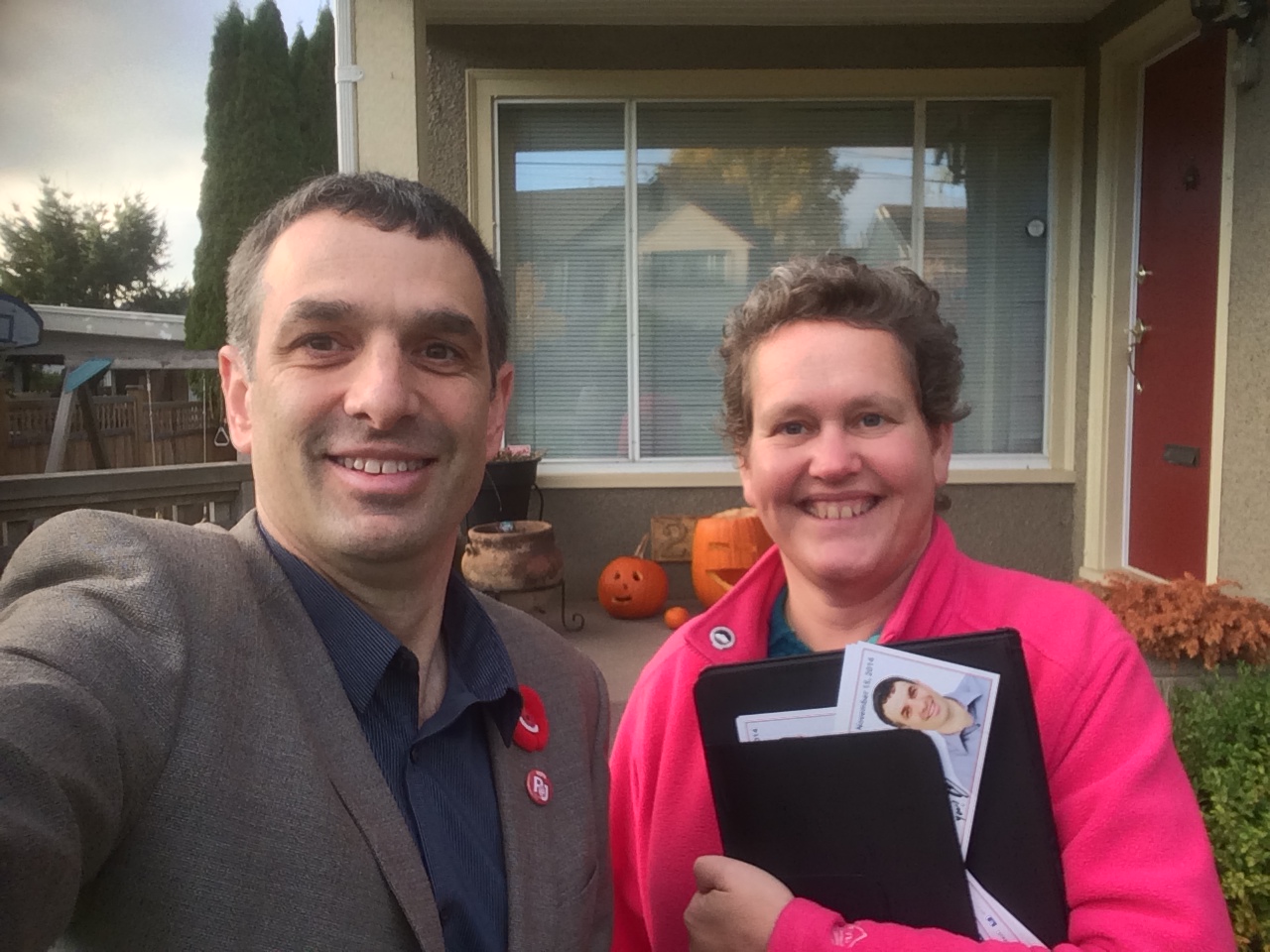 I had a fundraiser, and had more than 100 people show up on a Sunday evening to show support to my campaign. That room was an amazing cross section of New Westminster: labour activists, environmentalists, business owners, professionals, retired people and students, and yes, there were a lot of NDP supporters, but there were also Liberals and a few true-blue Conservatives. More than a dozen small business owners in New Westminster donated door prizes to make the fundraiser more successful, and local businesses provided the food and drink. Everyone had fun, and we exceeded our fundraising goals. Thanks to a team of 10 volunteers, it ran like a finely-tuned Machine. 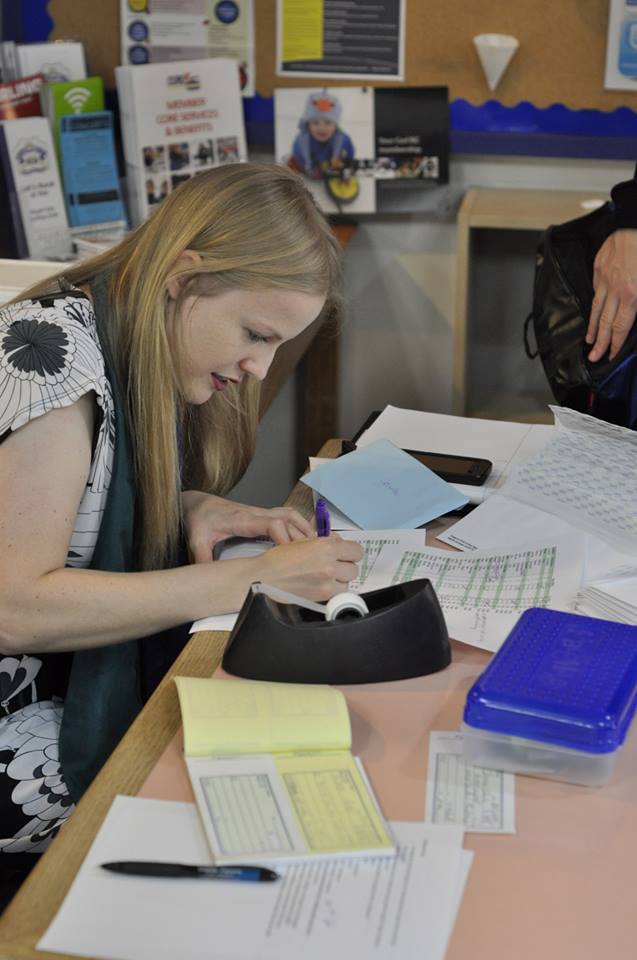 Speaking of fundraising, I have had almost 100 different individual people donate to my campaign. Individuals from across the community: small business operators, union workers and non-union workers, managers, scientists, students, retired people, parents. 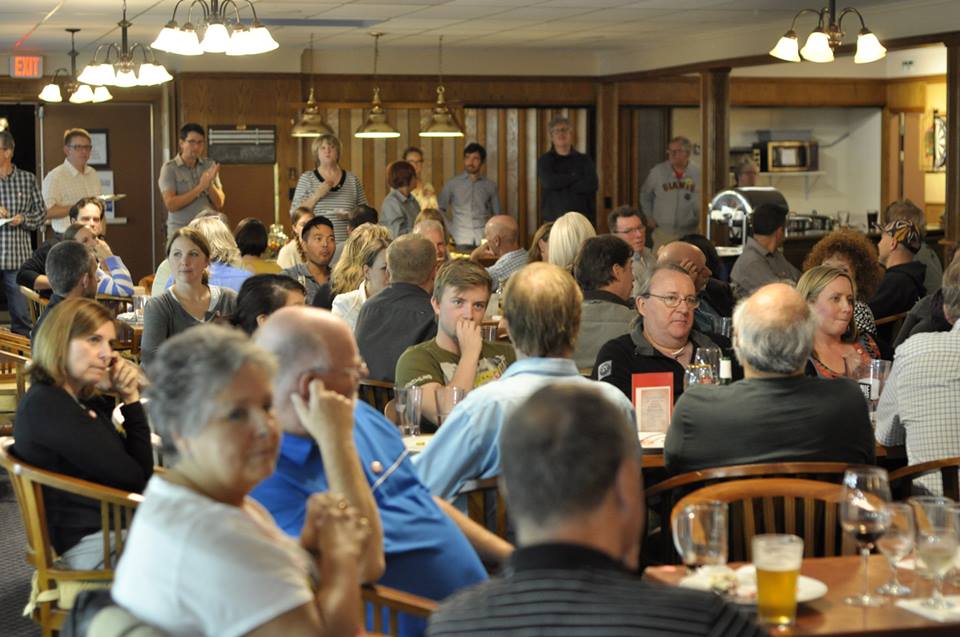 None of them asked for a benefit for donating to my campaign, except that I do everything I can to win, and keep being the person I am. Some people gave $20, some gave a few hundreds, but the amount doesn’t matter as much as their expression of belief in what I stand for and that I can do a good job. These “cogs” allowed me to have a well-financed campaign, better than I thought I might have. This allowed me to buy signs with a little colour splash, to buy ads in the local papers, to make my pamphlets two-sided and colour: the things that make a campaign look professional. I couldn’t have done any of this without them. 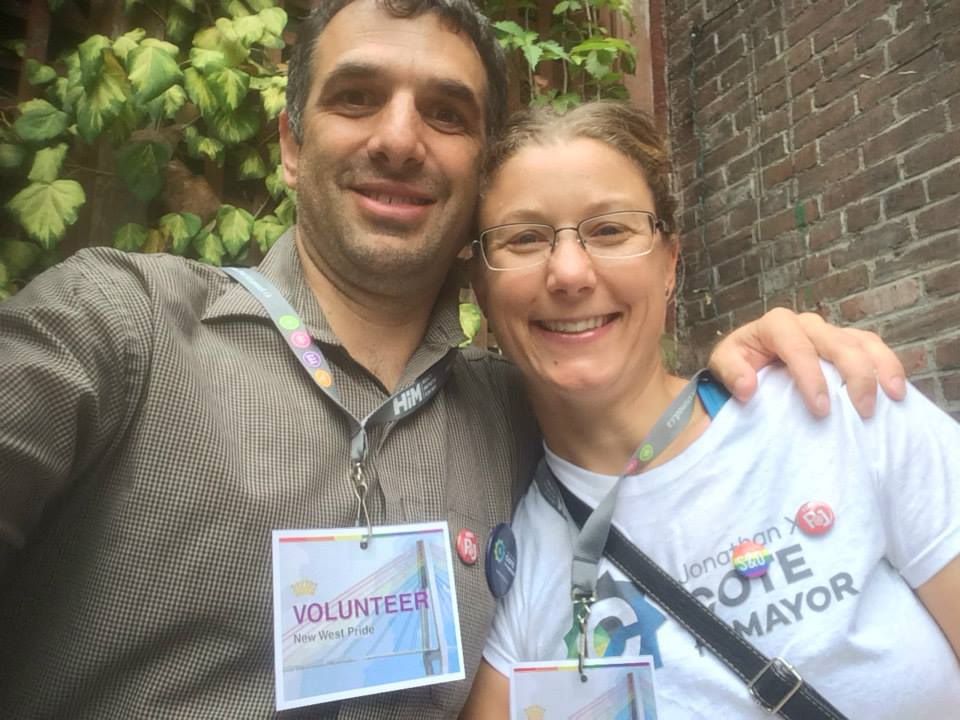 In fact, every person I listed above has donated money or provided volunteer effort to my campaign for the same reason – they know me, and they believe in me. They have seen the work I have done over the last decade in New Westminster, from organizing Community Groups like the NWEP to delegating to Council on important issues and leading conversations about important topics on-line and in print. They started reading my Blog or following me on Twitter, and liked what they read. They saw me seek out and secure grants to help raise the new roof on the Curling Club, and they saw me show up on event day and help set up tables, then show up at the end to take tables down again. They saw me across the committee table at another meeting we were both suffering through because we knew we could make a difference in the City. They know I have been busting my ass for the last decade in this City, and they want to support me. Their support is incredibly humbling, and fills me with a desire to do right by them.

Now, I am not in this campaign to run other people down. I don’t have to, because I would rather run on my positive contributions, my work ethic, my commitment, and my ideas. But a few candidates in this election who have nothing positive to talk about as far as their vision for the City wish to reduce all of what I have said here to a meme about me being supported by a mysterious and shadowy “Machine”. Frankly, I find that insulting. Not just to me and my demonstrated dedication to this City, but to all of those people I’ve described who have volunteered and contributed to my campaign because they know who I am and what I stand for. Those people, they are my Machine.

As for receiving a Labour endorsement? I’m damn proud that the Labour Council also recognized the good work I have been doing in this City, and saw me as someone they could recommend to their members as a good candidate for Council. I will discuss that more in Part 2 of this blog post, in the next few days.